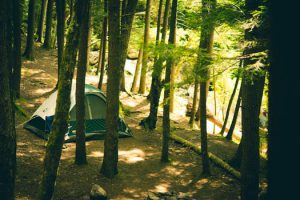 The past couple weeks I had been working to make a September Woodland Caribou Provincial Park trip happen.  Sadly it doesn’t look possible for this year.  I just can’t get enough time away to do that trip.  If I am going to make it happen I really want to spend 8-10 in WCPP, and I can’t make that work for this year.  But I can get away to the Quetico Provincial Park for 6-7 nights.

And that I’m gonna do!

I came to the sorry realization a couple days ago that I wasn’t going to be able to arrange the time away from work and home for a WCPP trip.  Getting away for a few less days is possible but it means hitting the BWCA or the Quetico.  I decided on the Quetico!

Basically the plans I had been putting in place for WCPP are just changing over to a Quetico trip.  The big difference besides the physical aspects of the two parks will be the time away from home and the cost.  Quetico is going to be a lot cheaper… significantly less expensive.  Mainly because I wanted to fly into the middle of WCPP on a bush-plane and get dropped off, where the Quetico trip will require me to drive and portage in.  The bush-plane rental one way was going to cost me around $700.

All in all I expect my trip into the Quetico to run me around $250.  As of right now I’m planning this to be a solo canoe trip.

I plan on bringing my Old Town Guide 119.  It has impressed me greatly with the amount of kit it can carry, how stable it is, and nimble when paddled with a two bladed paddle.  It is a great solo canoe tripper and has exceptionable durability over Kevlar canoes.

Entering Quetico On The North Side

After spending a few days mulling over my maps and measuring paddle distances, I decided my September trip would be likely be through Beaver House Lake, which is on the northwest side of the park.  From there I would portage into Quetico Lake and head east.  There are several pictograph sites thought to be around 2000+ years old that can be viewed from Quetico Lake, and I want to see them.

Quetico Lake is somewhat iconic, and I would spent at least one or two night camping on it before moving on to other parts of the park.  I think I would continue to travel east towards western Pickerel Lake.  From there cut back to the west towards Cirrus Lake and back out through Beaver House.

Shouldn’t be too bad and doable over 6-7 days with some extra time built into mess around along the way taking my time.

I am also seriously considering going in on the north east corner, at Dawson Trail, through the Pickerel Lake entry point.  The intent would be to paddle down to the Pickeral Lake narrows and chill out for a day or two.  Then I would head south for Alice Lake, then west for Russell, then start heading back north to Olifaunt and back into the Pickeral Lake narrows… then east for take out.  A small loop, nothing special.

Right now I am leaning towards going in at Beaver House and hitting up the pictographs on Quetico Lake… that just seems like it would be a lot of fun to see.

Quetico Versus The BWCA

There are some big differences between the two wilderness canoe areas.  They are roughly the same size, but of course Quetico is managed by Canada and the BWCA is managed by the U.S. Forest Service.

The BWCA usually sees a minimum of 140k to 200k paddlers per year.  The Quetico is limited to under 20 thousand, and usually only sees around 15 thousand.

In the BWCA you are limited to staying at approved campsites only.  In the Quetico you can actually camp anywhere you want as long as you maintain and follow the park’s camping rules.

The campsites in the BWCA have fire-grates and pit toilets.  In the Quetico you have neither, and you need to be sure you follow the guidelines for relieving yourself of your poop – bring a trowel!

There are other differences and you can read more about canoe tripping in the Quetico Provincial Park here.

Why Quetico When The BWCA Is Closer And Cheaper?

It’s more remote.  Less paddlers per the same amount of space as the BWCA, so less likely to see other people.  I love the BWCA, but the Quetico is the next step up in Wilderness Canoe Tripping.  And then from there for me it would be Woodland Caribou Provincial Park.

I seek that quiet and remote wilderness experience.  Solitude with nature.  Silence.  Just me and my thoughts, and Mother Nature.